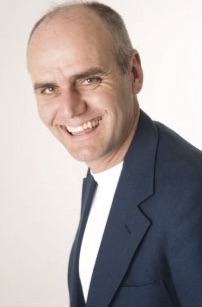 Simon Reich is a multi ward winning musician. His compositions have been heard all around the world and currently his Soundcloud page has reached the staggering number of over 1,000,000 listens! Being a creative composer has also lead to the other profession Simon indulges in, production. His ability to oversee projects for other artists, has yielded many fans among the music community worldwide. Having recently graduated from SAE creative media institute, has also added another string in his bow. That of engineering, both in the studio and in live concert environments.

Simon began playing at 6 years old and at piano lessons he quickly realised that he was much more attracted to tunes than reading notes from a page. Simon has played in live bands all his life & honed his skills both in composing & musicianship in front of live crowds. Because music was such a part of his life, Simon composed new tunes on a daily basis, beautiful these were often forgotten or discarded after a few days. That all changed with the advent of home recording & now this music can be captured & presented to you. The tunes he records are almost all composed as improvised piano beginnings. They are then fleshed out later with orchestration of various instruments. Having so many sounds via synthesizers, has made backing up these wonderful piano tunes a task Simon has really enjoyed & it certainly adds emotion to the final product. This isn‘t to say they aren‘t beautiful tunes to begin with, but there is something about an orchestra that really tugs on the heart strings & draws out an emotional response. I‘m confident Simon Reich‘s music will bring you hours of inspirational listening & is sure to soothe your soul in the process. Enjoy!

A lot has happened in the 6 years since Simon first posted on Soundcloud & began to reach a worldwide audience. As of today, he has had over 1 million listens on his site & attracts 1,832 followers. A guide to some of Simon's recent musical achievements include: Peoples choice award in top 25 tracks Smithsonian Remix competition. Songwriting award on Beta Monkey music website. Three awards in GW Scores film music competitions. The Piano Cloud best tracks of 2013 selection. Simon's music is used at the University of Western Australia, in emotional responses experiments. . Simon's tracks have been chosen for each years Piano Day 2016 - 17- 18 worldwide playlists on Soundcloud. Feature act “Off the Record” band, Wangaratta Jazz & Blues Festival 2017, 2018. Simon is a blog author, music reviewer & the creator & administrator of the "Piano Soundboard" group which is a worldwide organisation made up of currently over 600 members. Simon's blogs regularly feature on the prestigious UK site PianoDao.